The Christmas Glass by Marci Alborghetti 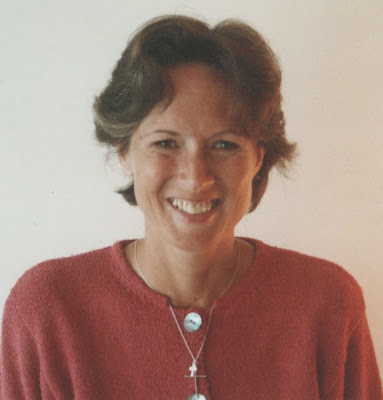 Marci Alborghetti has been writing only slightly longer than she's been reading. In seventh grade she received her first writing prize for a zany Halloween story. The prize? A five dollar gift certificate to a local bookstore. She was hooked. The Christmas Glass is her fourteenth book, and she is currently at work on a sequel as well as a non-fiction book about service. Some of her other books include: Prayer Power: How to Pray When You Think You Can’t, A Season in the South and Twelve Strong Women of God.

She and her husband, Charlie Duffy, live in New London, Connecticut and the San Francisco Bay area. While in New London she facilitates the Saint James Literary Club. 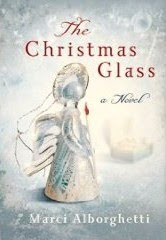 In the early days of World War II in Italy, Anna, a young widow who runs a small orphanage, carefully wraps her most cherished possessions -- a dozen hand-blown, German-made, Christmas ornaments, handed down by her mother -- and sends them to a cousin she hasn't seen in years.

Anna is distressed to part with her only tangible reminder of her mother, but she worries that the ornaments will be lost or destroyed in the war, especially now that her orphanage has begun to secretly shelter Jewish children. Anna's young cousin Filomena is married with two-year-old twins when she receives the box of precious Christmas glass.

After the war, Filomena emigrates to America, where the precious ornaments are passed down through the generations. After more than forty years, twelve people come to possess a piece of Christmas glass, some intimately connected by family bonds, some connected only through the history of the ornaments.

As Christmas Day approaches, readers join each character in a journey of laughter and tears, fractures and healings, as Filomena, now an eighty-four-year-old great-grandmother, brings them all to what will be either a wondrous reunion or a disaster that may shatter them all like the precious glass they cherish.

If you would like to read the first chapter of The Christmas Glass, go HERE
- December 04, 2009