The Waiting by Cathy LaGrow with Cindy Coloma (Review) 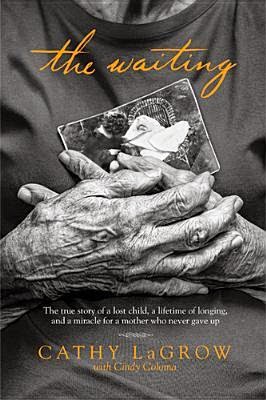 An unforgettable true story that will touch your heart and make you believe in love’s enduring legacy, and in the power of prayer.

In 1928, 16-year-old Minka was on a picnic in the woods when she was assaulted and raped. And suddenly this innocent farm girl—who still thought the stork brought babies—was pregnant. The baby was secretly born, named Betty Jane, and given up for adoption. For decades, Minka wrote letters trying to get news of her daughter; she kept loving and praying for her, even though she never dared believe they would meet again. Until nearly eighty years later, when Minka whispered her secret, impossible prayer for the first time: Lord, I’d like to see Betty Jane before I die. I promise I won’t bother her or interrupt her life. I just want to lay eyes on her. Unbeknownst to Minka, that very same day, a judge was releasing the sealed adoption records to her 77-year-old daughter. And soon, Minka’s phone would ring. Written by Cathy LaGrow (Minka’s granddaughter), The Waiting brings three generations of this most unusual family together over the course of a century to tell a story of faith that triumphs, forgiveness that sets us free, and love that never forgets.

This was a non fiction book that read like a fiction book. My attention was captured in the beginning and I could not wait to find out what happened. I felt so bad for Minka when she was raped at the picnic at the age of sixteen. Then she gave her baby up for adoption so it would have a better life. But she never gave up on her, writing letters to the adoption place for decades. The book also details each of their lives throughout the years. Minka gets married and has other children. Her baby girl grows up, gets married, and has children. The end of the book was amazing. The two separate lives come together. Minka was in her 90s and said a prayer asking to see her Betty Jane before she dies. One of Betty Jane's family members wanted to find her birth mother for her. Betty Jane always knew she was adopted but did not hold it against Minka. So in her 70s she meets her birth mother who is in her 90s. I felt like crying several times reading this book. The writing was good and the story touching. Highly Recommended.
- August 30, 2014

Email ThisBlogThis!Share to TwitterShare to FacebookShare to Pinterest
Labels: Cathy LaGrow, The Waiting