The Fight by Luke Wordley (Review) 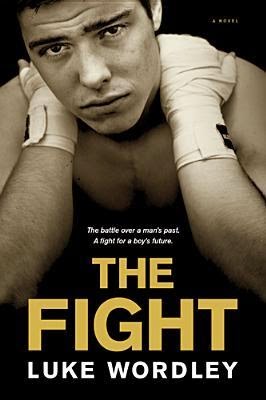 Sam Pennington’s life has fallen apart. His father is dead. His mum’s started drinking. And now they’ve been dumped in a dismal public-housing complex in East London. Sam’s anger at his circumstances puts him on the brink of expulsion from school and into dangerous conflict with those around him.

Professional boxing trainer Jerry Ambrose has finally gotten everything together. After a turbulent early life, his newfound faith has helped him reconcile with his past and dedicate his life to helping others.

But when a brutal street fight leads Sam to Jerry’s boxing club, both their futures are thrown into question. As Jerry reaches out to Sam, an extraordinary fighting talent emerges—a talent that reopens the wounds of Jerry’s own life. Both find themselves battling what can happen to a man’s soul when his anger is channeled through his fists.

Despite wowing ringside crowds, Sam’s boxing success fails to bring him peace or happiness, while Jerry’s inner struggles threaten the very core of his beliefs. Can Sam be saved from his rage? Or will Jerry’s reawakened ambition tear them both apart?

I thought this was a good debut book. The author does a good job with descriptions. The characters and plot are well developed and interesting. I am not big into fighting but those scenes did not distract from the book. Most of the book is focused on relationships. Sam and his mom have struggled since his father died and she turned into an alcoholic. He basically is raising himself. Jerry is a boxing trainer at a local gym who is a Christian after a rough past life. He loves his wife and young children but when he meets Sam his past comes back to haunt him. Sam has the potential to be the best fighter and Jerry wants to take him there. There are costs to every decision. The pages flew by. I was engaged from the beginning to the end. I could not wait to see what happened next. The faith element fits naturally. The conclusion was satisfying and fits the book. Christian guys especially might like this book. I look forward to the next book by this author. Recommended.

Luke Wordley lives with his wife and three children in the South of England. A passionate Christian, he has worked mainly in International Development, where he has developed a love for Africa and a passion for social action and justice. The Fight is his first novel.

Review copy provided by publisher in exchange for an honest review.
- August 05, 2014

Email ThisBlogThis!Share to TwitterShare to FacebookShare to Pinterest
Labels: Luke Wordley, The Fight