What The Bayou Saw by Patti Lacy

This week, the
Christian Fiction Blog Alliance
is introducing
What The Bayou Saw
Kregel Publications (March 24, 2009)
by
Patti Lacy 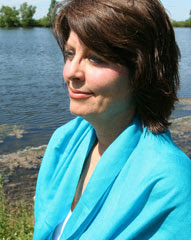 Though Patti's only been writing since 2005, she thinks her latest profession of capturing stories on paper (or computer files) will stick awhile.

The Still, Small Voice encouraged Patti to write after a brave Irish friend shared memories of betrayal and her decision to forgive. In 2008, An Irishwoman’s Tale was published by Kregel Publications. Patti’s second novel, What the Bayou Saw, draws on the memories of two young girls who refused to let segregation, a chain link fence, and a brutal rape come between them.

The secrets women keep and why they keep them continue to enliven Patti's gray matter. A third book, My Name is Sheba, has been completed. Patti's WIP, Recapturing Lily, documents a tug-of-war between a Harvard-educated doctor and an American pastor and his wife for a precious child and explores adoption issues, China's "One Child" policy, and both Christian and secular views of sacrifice.

Patti also facilitates writing seminars in schools, libraries, and at conferences and has been called to present her testimony, "All the Broken Pieces," at women's retreats. She also leads a Beth Moore Bible study at her beloved Grace Church.

Patti and her husband Alan, an Illinois State faculty member, live in Normal with their handsome son Thomas, who attends Heartland Community College. On sunny evenings, you can catch the three strolling the streets of Normal with their dog Laura, whom they've dubbed a "Worchestershire Terrier" for her "little dab of this breed, a little dab of that breed. 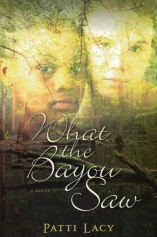 Segregation and a chain link fence separated twelve-year-old Sally Flowers from her best friend, Ella Ward. Yet a brutal assault bound them together. Forever. Thirty-eight years later, Sally, a middle-aged Midwestern instructor, dredges up childhood secrets long buried beneath the waters of a Louisiana bayou in order to help her student, who has also been raped. Fragments of spirituals, gospel songs, and images of a Katrina-ravaged New Orleans are woven into the story.


The past can't stay buried forever Rising author Patti Lacy's second novel exposes the life of Sally, set amid the shadows of prejudice in Louisiana.

Since leaving her home in the South, Sally Stevens has held the secrets of her past at bay, smothering them in a sunny disposition and sugar-coated lies. No one, not even her husband, has heard the truth about her childhood.

But when one of her students is violently raped, Sally's memories quickly bubble to the surface unbidden, like a dead body in a bayou. As Sally's story comes to light, the lies she's told begin to catch up with her. And as her web of deceit unravels, she resolves to face the truth at last, whatever the consequences.

If you would like to read the first chapter of What The Bayou Saw, go HERE

Have not read the book yet. It just came in the mail. I hope to have it done by the weekend. :)

Email ThisBlogThis!Share to TwitterShare to FacebookShare to Pinterest
Labels: CFBA, Patti Lacy, What The Bayou Saw

I hope you enjoy your amble down bayou way. Blessings!
Patti