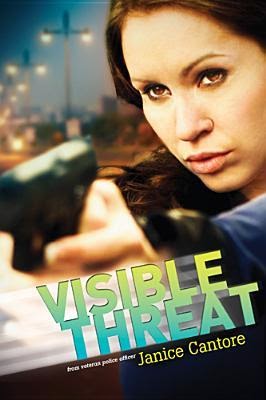 Officer Brinna Caruso wants perfection—perfect justice and a perfect world. She wants to save and protect all the innocents in the world, no matter the cost.

Orphaned and struggling to get by, Ivana and her sister left Bulgaria for America with dreams of a better life. But since they arrived in Long Beach, everything they were promised has turned out to be a lie.

After a dead girl is found in the river with a mysterious tattoo on her hip, homicide detective Jack O’Reilly asks for Brinna’s help. Unaware of the depths of evil that will be uncovered, Brinna finds herself flung into a dangerous frontier—an organized human trafficking ring.


My Review:
This was a great book in the Brinna Caruso series. I do recommend reading the first if you want the background on the characters themselves. The plot mysteries are different. The plot and characters were well written and interesting. It tackled the serious subject of human trafficking. Officer Brinna takes her job seriously and sometimes goes outside the lines a little which can lead to trouble to those who do not understand. She knows detective Jack O'Reilly from when he was put on the beat for a few weeks. They like each other but nothing is definite. Ivana and her sister Villie come from Bulgaria for a better life but end up prostitutes in a human trafficking ring. When one of the girls is found dead in the river Jack is put on the case. He calls in Brinna for help. The plot had plenty of twists and turns and the ending fit the book. The book reads like it is real probably due to the author having been a cop. Fans of Dee Henderson and Irene Hannon would like this book. Recommended.


A retired Long Beach California police officer of 22 years (16 in uniform and 6 as a non-career officer), Janice Cantore worked a variety of assignments, patrol, administration, juvenile investigations and training. During the course of her career in uniform Janice found that faith was indispensable to every aspect of the job and published articles on faith at work, one for a quarterly newspaper called "Cop and Christ", and another for the monthly magazine "Today's Christian Woman".