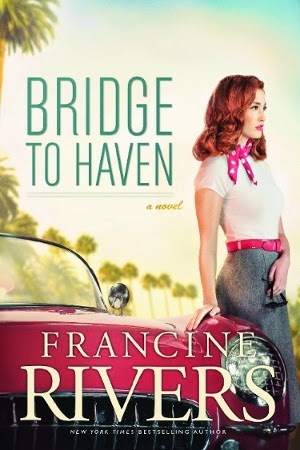 To those who matter in 1950s Hollywood, Lena Scott is the hottest rising star to hit the silver screen since Marilyn Monroe. Few know her real name is Abra. Even fewer know the price she’s paid to finally feel like she’s somebody.

To Pastor Ezekiel Freeman, Abra will always be the little girl who stole his heart the night he found her, a wailing newborn abandoned under a bridge on the outskirts of Haven. Zeke and his son, Joshua—Abra’s closest friend—watch her grow into an exotic beauty. But Zeke knows the circumstances surrounding her birth etched scars deep in her heart, scars that leave her vulnerable to a fast-talking bad boy who proclaims his love and lures her to Tinseltown. Hollywood feels like a million miles from Haven, and naive Abra quickly learns what’s expected of an ambitious girl with stars in her eyes. But fame comes at an awful price. She has burned every bridge to get exactly what she thought she wanted. Now, all she wants is a way back home.

My Review:
I have mixed feelings about this book. It has a good message about redemption and forgiveness. The plot and characters are interesting. But there are several scenes that were too s*xually graphic for me especially considering this is a Christian fiction book. I understand the why behind it. I was emotionally captured by the book and my heart hurt for Abra/Lena. Abra goes through some serious abuse before she heads home. It did not feel like enough years went by before the end. I think I was expecting more of a saga. Recommended to fans of this genre.