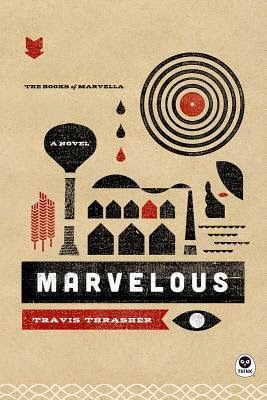 Brandon Jeffery’s summer started out with a bang—as in, a friend crashed his car and now he has to work two jobs to pay it off. It’s at Fascination Street Records that he’s introduced to a beautiful but quiet girl named Marvel. She’s new to Hidden Cove and looking for a summer job, so Brandon secretly strikes a deal with their boss to work for free so she can be hired.

When a classmate is found murdered, however, their summer takes a turn for the mysterious. Brandon’s friend Devon is sure he knows just who’s to blame: the creepy recluse of the town quarry. But the police have few leads, and Brandon has the sneaking suspicion he’s being watched.

That’s not what’s in the forefront of on his mind, though. More than trying to pay off his car to his unemployed, alcoholic father and protecting Seth Belcher from the school bullies, he’s determined to date Marvel. He doesn’t understand why they seem so close and she refuses to date him, but as the mystery behind her tragic past begins to unravel, Marvel finally confesses her reason: God has revealed she’s destined to die saving others—and it’s going to be soon.

This was a different but good book. The characters and plot are interesting and unique. It captured my attention from the beginning. It is a fast easy read but definitely touching too. Brandon has a rough home life and Marvel is not much better. Brandon's dad is a drunk and takes it out his frustration on him without his mom knowing. Marvel lives with her aunt and creepy uncle. We learn more about her story throughout the book. There is a supernatural feel to the book. It is very atmospheric and suspenseful. I loved both Brandon and Marvel's characters. There are some good supporting characters in the form of Brandon's friends and employer. The ending was not satisfying at all. This is the first book in a series but it feels like the book just stopped. I can't wait to read the next book in the series. Recommended.

Critically acclaimed author Travis Thrasher has made a career out of defying expectations. He's written over twenty-five books that have crossed the spectrum between love stories and supernatural thrillers. His variety of inspirational stories have included collaborations with filmmakers, musicians, and pastors. He's also helped write memoirs and self-help books. He lives with his wife and three daughters in a suburb of Chicago.