The Vanishings by Tim LaHaye and Jerry Jenkins (Review) 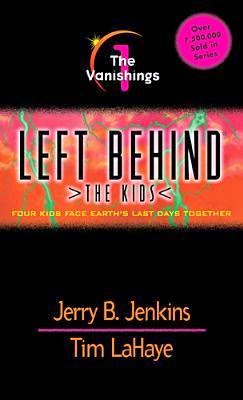 This series is based on the best-selling adult Left Behind series. Readers will see the Rapture and Tribulation through the eyes of four kids who have been left behind.

This is the first book in the Left Behind teen series. It sets up the background for the rest.
The Vanishings introduces us to Judd ("The Runaway") and his three companions: Vicki ("The Rebel"), Lionel ("The Liar"), and Ryan ("The Skeptic"). There was not enough plot and it just stops. It is not a stand alone book even though its book one in a series. I was really hoping for more since the first book in the adult series was so good. Also parents need to be careful and read the book before they give it to their kids. There are mature topics inside. I really think its more appropriate for age 13 and up.


Jerry B. Jenkins, former Vice President for Publishing and currently Writer-at-Large for the Moody Bible Institute of Chicago, is the author of more than 150 books, including the best-selling Left Behind series. Sixteen of his books have reached the New York Times best-seller list (seven in the number one spot) and have also appeared on the USA Today, Publisher's Weekly and Wall Street Journal best-seller lists.


Tim LaHaye is an internationally known author, teacher, and expert on Bible prophecy. He is married to Beverly, who is the founder of the largest women's organization in America, Concerned Women for America. The LaHayes live in southern California.