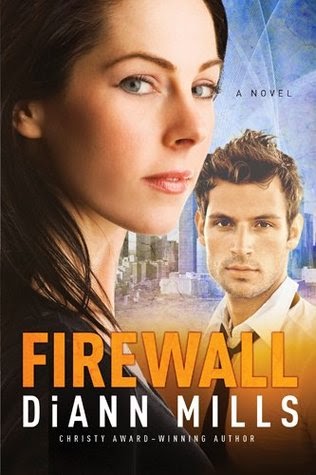 After a whirlwind romance, Taryn Young is preparing to board a plane at Houston International Airport, bound for a dream honeymoon, when a bomb decimates the terminal. Injured but still alive, she awakens to discover her husband is missing and they’re both considered prime suspects in the attack. Further, the FBI is convinced her husband isn’t who he appears to be.

Agent Grayson Hall’s number-one priority is to catch those responsible for the day’s act of terror. All evidence is pointing to Taryn and her new husband. But his instinct tells him her pleas of innocence are genuine. Is her naiveté just for show, or could she truly be another victim of a master scheme, possibly linked to the software she recently developed for her company?

With both their lives and reputations on the line, and the media outcry for justice increasing with each passing minute, Taryn and Grayson have no choice but to trust one another . . . and pray they can uncover the truth before they become two more casualties.

I thought this was an okay debut to the FBI Houston series. It had mystery, suspense, romance, and faith which I like. The romance between Grayson and Taryn was a little weird considering the circumstances. She had thought she was just married then her world falls to pieces and she discovers it was fake. He is an FBI agent who mostly believes she is innocent in the whole mess. They connect to try and solve the mystery and stay alive. I liked his father who is a retired agent a lot. He risks his life helping them. The characters and plot were well developed. Recommended to fans of this genre.


Award-winning author DiAnn Mills is a fiction writer who combines an adventuresome spirit with unforgettable characters to create action-packed, suspense-filled novels. DiAnn's first book was published in 1998. She currently has more than fifty books published.

Her titles have appeared on the CBA and ECPA bestseller lists and have won placements through the American Christian Fiction Writer's Carol Awards and Inspirational Reader's Choice awards. DiAnn won the Christy Award in 2010 and 2011.

DiAnn is a founding board member for American Christian Fiction Writers and a member of Inspirational Writers Alive, Romance Writers of America, and Advanced Writers and Speakers Association. She speaks to various groups and teaches writing workshops around the country. DiAnn is also the Craftsman mentor for the Jerry B. Jenkins Christian Writers Guild.