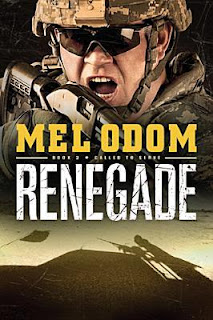 Having grown up in the foster system, Private Pike Morgan’s rough exterior and problem with authority earn him few friends among his fellow Marines. When he’s not on missions for the Marine Reserve, Pike’s rebellious attitude and eagerness for vigilante justice have the local police regularly at his doorstep. Struggling to set down roots, and nervous of his desire to, Pike’s eager to answer the military’s call for another deployment.

On a peacekeeping mission to Afghanistan, Pike and his squad soon find themselves entrenched in a heated war zone. After an American journalist is kidnapped by known terrorist Zalmai Yaqub, the whereabouts of this al Qaeda leader become a top priority for the American military. But when Yaqub flees to Pakistan, will anyone aid Pike in his hunt, or will this strong Marine find himself without an ally?

I thought this was a good military suspense action book. It was too light on faith and too heavy on violence for my personal taste overall but I still liked the book. It fit the overall tone and setting of the book. This is the second in the Called to Serve series and I recommend reading them in order for background on the characters and plot. I was interested to read more about Pike Morgan's character. The author does not disappoint. I liked the progression of Pike's character that we get to see. The plot was interesting and I liked how he started connecting more with people. The secondary plot was the mission in Afghanistan. It felt underdeveloped and very background. The main story is Pike and his internal battle. I can't wait to read the next book in the series and see what happens to the characters. Recommended to fans of the genre especially.