Word Gets Around by Lisa Wingate

This week, the
Christian Fiction Blog Alliance
is introducing
Word Gets Around
Bethany House (February 1, 2009)
by
Lisa Wingate 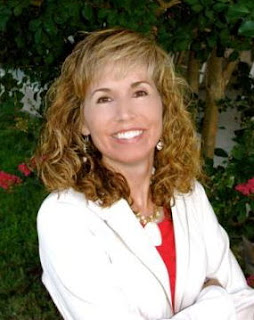 Lisa Wingate lives in central Texas where she is a popular inspirational speaker, magazine columnist, and national bestselling author of several books. Her novel, Tending Roses, received dozens of five-star reviews, sold out ten printings for New York publisher, Penguin Putnam, and went on to become a national bestselling book. Tending Roses was a selection of the Readers Club of America, and is currently in its tenth printing.

The Tending Roses series continued with Good Hope Road, The Language of Sycamores, Drenched In Light, and A Thousand Voices. In 2003, Lisa’s Texas Hill Country series began with Texas Cooking, and continued with Lone Star Café, which was awarded a gold medal by RT BOOKCLUB magazine and was hailed by Publisher’s Weekly as “A charmingly nostalgic treat.” The series concluded with Over the Moon at the Big Lizard Diner.

Lisa is now working on a new set of small-town Texas novels for Bethany House Publishers. The series debuted with Talk of The Town and continued with Word Gets Around. A new series is also underway for Penguin Group NAL, beginning with A Month of Summer (July 2008), and continuing with The Summer Kitchen in July, 2009. Lisa’s works have been featured by the National Reader’s Club of America, AOL Book Picks, Doubleday Book Club, The Literary Guild, American Profiles, and have been chosen for the LORIES best Published Fiction Award. 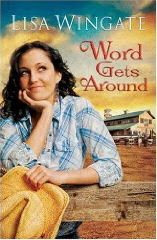 When Romance Is In the Air, Word Gets Around Lauren Eldridge thought she'd wiped the dust of Daily, Texas, off her boots forever. Screenwriter Nate Heath thought he was out of second chances. Life's never that predictable, though. Cajoled by her father, Lauren is back in town helping train a skittish race horse set to star in a Hollywood film. But the handsome screenwriter gives her more trouble than the horse. And Nate is realizing there's a spark of magic in the project--and in the eyes of the girl who is so good with horses. Daily, Texas, has a way of offering hope, healing, and a little romance just when folks need it most.

If you would like to read the first chapter of Word Gets Around, go HERE

What people are saying:

"Lisa Wingate writes engaging stories that strike the heart. God has gifted her with a marvelous talent and I, for one, am most grateful."
—Debbie Macomber, New York Times #1 bestselling author

I loved this book. It is book two in the Daily, Texas series. I have read book one and without it I would have been missing interesting information and background on the town and some of the characters. I would read them in order. In this story the two main characters are Nate and Lauren. The chapters alternate between them starting with Lauren. It is told in first person but it works fine. Lauren is a native of Daily but left a few years ago after something happened. One day her father calls and says they are going to make a movie in Daily and it features a horse who has issues. He needs her help because she used to be really good with horses. Nate is a friend/writer of famous playboy actor Justin Shay. Justin is on the brink of crashing for good. Although Nate and Lauren are the main story others are weaved within also. Evenly paced with some tender moments I loved the sometimes funny small town moments also. It is a romance story yes but much more. I do not have the words or the ability to describe the way an author would but I loved this book and I highly recommend it. I can't wait to go back to Daily, Texas. :)

Email ThisBlogThis!Share to TwitterShare to FacebookShare to Pinterest
Labels: CFBA, Lisa Wingate, Word Gets Around

I'm so glad you loved this book! I just got a copy from Bethany House and I'm dying to read it, but it will have to get in line. Darn. Maybe I can find a way to sneak it in sooner than I should. ;)