Made to Last by Melissa Tagg (Review)

This week, the
Christian Fiction Blog Alliance
is introducing
Made to Last
Bethany House Publishers (September 15, 2013)
by
Melissa Tagg 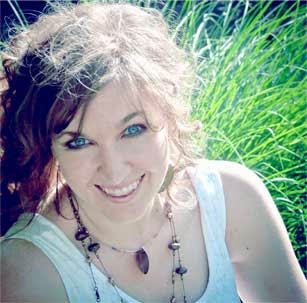 A Word From The Author:

I’m a former reporter turned author who loves all things funny and romancey. My debut novel, a romantic comedy titled Made to Last, releases from Bethany House in September 2013. In addition to my nonprofit day job, I’m also the marketing/events coordinator for My Book Therapy, a craft and coaching community for novelists.

It all started when my dad, at the ripe old age of sixteen, picked up my mom up for their first date. She was thirteen. Thirteen!* Dad drove a cherry red car up the lane to my grandparents big ol’ green house and honked his horn…whereupon Mom jumped out of the apple tree she’d been waiting in and off they went…fishing. True story. (I’d give more details, but I’m saving it for a novella I plan to entitle Two Leaves. Mom, I really hope you read this.)

Four years of college, a few trips abroad and a stint as a reporter later, that dream is soon to be a reality. My debut novel, a romantic comedy titled Made to Last, is now out from Bethany House. Book two, Here to Stay, comes out on May 1, 2014.

In between writing and staring out the window brainstorming, I also work as a grant-writer at one of Iowa’s largest private nonprofits and serve as the marketing/events coordinator for My Book Therapy, a craft and coaching community for novelists founded by Susan May Warren.

And I love, love, love talking about finding our purpose and identity in Christ. (And well, okay, food, old movies, boots and scarves, my awesome nephew Ollie, and, fine, Tim Tebow, too.)

Miranda Woodruff has it all. At least, that's how it looks when she's starring in her homebuilding television show, From the Ground Up. So when her network begins to talk about making cuts, she'll do anything to boost ratings and save her show--even if it means pretending to be married to a man who's definitely not the fiance who ran out on her three years ago.

When a handsome reporter starts shadowing Miranda's every move, all his digging into her personal life brings him a little too close to the truth--and to her. Can the girl whose entire identity is wrapped up in her on-screen persona finally find the nerve to set the record straight? And if she does, will the life she's built come crashing down just as she's found a love to last?

If you'd like to read the first chapter of Made to Last, go HERE.

I enjoyed reading this cute Christian contemporary romance book. It did not read like a debut book. The characters and plot were well developed and interesting. Miranda discovers that lies always catch up with you. She lies about her so called husband on TV for her show then when ratings tank the producers want her to bring him out. They end up hiring somebody to pretend to be him for awhile. A reporter gets assigned to the show especially Miranda and starts snooping around. In the process Miranda and him fall in real love. Her ex fiancé she thinks she still loves shows up out of the blue. There are many hilarious moments among the serious. Recommended for fans of this genre.
- September 28, 2013

Email ThisBlogThis!Share to TwitterShare to FacebookShare to Pinterest
Labels: CFBA, Made to Last, Melissa Tagg