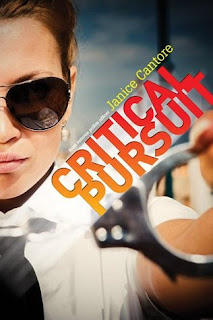 Officer Brinna Caruso has built a reputation at the precinct as the cop to call when a child goes missing. For Brinna, it’s personal because she was once one of them. Brinna and her K-9 search and rescue dog, Hero, will stop at nothing to find a missing child, no matter the stakes.

Detective Jack O’Reilly isn’t ready to return to his homicide duties, after losing his wife to a drunk driver. He’s on the downside of his career, and bent on revenge, when he’s assigned as Brinna’s partner. While on patrol, Jack struggles between his quest for personal justice and his responsibility to those around him, especially his partner.

Skeptical of Jack’s motives, Brinna isn’t sure she can rely on her new partner, whose reckless abandon endangers the safety of those around him. But when a man surfaces with an MO similar to the criminal who abducted Brinna twenty years earlier, Brinna and Jack must cast aside previous judgments and combine efforts to catch the kidnapper, and finally allow Brinna the peace stolen from her as a child.

This was another great police drama from this author. It is the start to a new series featuring cop Brinna Caruso. Brinna is a little hard to relate with at first but she grows on you. She has been through some rough times including being kidnapped and found as a child. Her father is a bad alcoholic and she does not have a good relationship with him. She is not really connected to her mother or brother either. Jack lost his wife and child and has been hanging out at a desk in the department he used to be a detective. The author always does a good job with descriptions so you can picture the characters and setting in your head. The only thing I did not like was the way Jack changed from miserable questioning everything to happy Christian man again. It happened too quick without enough details. I can't wait for the next book in this series. I look forward to getting to know these characters more and see Jack and Brinna hopefully develop a romance. ;) Recommended.

A retired Long Beach California police officer of 22 years (16 in uniform and 6 as a non-career officer), Janice Cantore worked a variety of assignments, patrol, administration, juvenile investigations and training. During the course of her career in uniform Janice found that faith was indispensable to every aspect of the job and published articles on faith at work, one for a quarterly newspaper called "Cop and Christ", and another for the monthly magazine "Today's Christian Woman".

Review copy provided by Tyndale Publisher in exchange for an honest review.
- September 15, 2013