The Familiar Stranger by Christina Berry 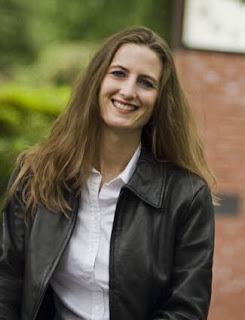 Single mother and foster parent, Christina Berry carves time to write from her busy schedule because she must tell the stories that haunt her every waking moment. (Such is the overly dramatic description of an author's life!) She holds a BA in Literature, yet loves a good Calculus problem, as well. All that confusion must have influenced her decision to be team captain of a winning team on Family Feud.

Her debut novel, The Familiar Stranger, released from Moody in September and deals with lies, secrets, and themes of forgiveness in a troubled marriage. A moving speaker and dynamic teacher, Christina strives to Live Transparently--Forgive Extravagantly!

Her work has also appeared in The Secret Place, The Oregonian, and Daily Devotions for Writers. 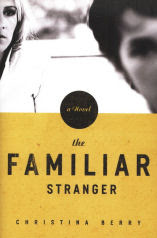 Craig Littleton's decision to end his marriage would shock his wife, Denise . . . if she knew what he was up to. When an accident lands Craig in the ICU, with fuzzy memories of his own life and plans, Denise rushes to his side, ready to care for him.

They embark on a quest to help Craig remember who he is and, in the process, they discover dark secrets. An affair? An emptied bank account? A hidden identity? An illegitimate child?

But what will she do when she realizes he's not the man she thought he was? Is this trauma a blessing in disguise, a chance for a fresh start? Or will his secrets destroy the life they built together?

If you would like to read the first chapter of The Familiar Stranger, go HERE
- December 11, 2009

I've followed the blog tour for this book. It sounds great.
Have a nice weekend.

hmm found this through the blog tour. Looks interesting. Looking forward to visiting your blog more.

This sounds like a great story. I'll have to look for it.

Hi i am new on this forum i hope i can help & give something back here because iv learned allot myself.