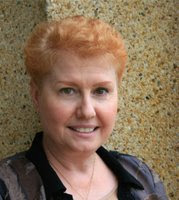 J. M. Hochstetler writes stories that always involve some element of the past and of finding home. Born in central Indiana, the daughter of Mennonite farmers, she graduated from Indiana University with a degree in Germanic languages. She was an editor with Abingdon Press for twelve years and has published three novels.

One Holy Night, a contemporary miracle story for all seasons, released in April 2008. Daughter of Liberty (2004) and Native Son (2005), books 1 and 2 of the American Patriot Series are set during the American Revolution. Book 3, Wind of the Spirit, is scheduled for release in March 2009. Hochstetler is a member of American Christian Fiction Writers, Advanced Writers and Speakers Association, Christian Authors Network, Middle Tennessee Christian Writers, and Historical Novels Society.

In 1967 the military build-up in Viet Nam is undergoing a dramatic surge. The resulting explosion of anti-war sentiment tears the country apart, slicing through generations and shattering families. In the quiet bedroom community of Shepherdsville, Minnesota, the war comes home to Frank and Maggie McRae, whose only son, Mike, is serving as a grunt in Viet Nam.

Frank despises all Asians because of what he witnessed as a young soldier fighting the Japanese in the south Pacific during WWII. The news that his son has fallen in love with and married Thi Nhuong, a young Vietnamese woman, shocks him. To Frank all Asians are enemies of his country, his family, and himself. A Buddhist, Thi Nhuong represents everything he despises. So he cuts Mike out of his life despite the pleas of his wife, Maggie; daughter, Julie; and Julie s husband, Dan, the pastor of a growing congregation.

Maggie is fighting her own battle--against cancer. Convinced that God is going to heal her, Frank plays the part of a model Christian. Her death on Thanksgiving Day devastates him. Worse, as they arrive home from the gravesite, the family receives news of Mike s death in battle. Embittered, Frank stops attending church and cuts off family and friends.

By the time a very pregnant Thi Nhuong arrives on his doorstep on a stormy Christmas Eve, Frank is so filled with hate that he slams the door in her face, shutting her out in the bitter cold. Finally, overcome by guilt, he tries to go after her, but driving wind and snow force him back inside. With the storm rising to blizzard strength, he confronts the wrenching truth that what hate has driven him to do is as evil as what the Japanese did all those years earlier, and that he needs forgiveness as desperately as they did ...

Frank doesn't know that what God has in mind this night is a miracle. As on that holy night so many years ago, a baby will be born and laid in a manger--a baby who will bring forgiveness, reconciliation, and healing to a family that has suffered heart-wrenching loss.

If you would like to read the first chapter of One Holy Night, go HERE.

My Review: The above summary captures the gist of the novel. At times it seemed to tackle many different issues for one book. Overall a good story. :)