A Constant Heart by Siri Mitchell 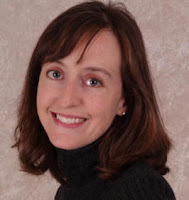 Siri Mitchell graduated from the University of Washington with a business degree and worked in various levels of government. As a military spouse, she has lived all over the world, including in Paris and Tokyo. Siri enjoys observing and learning from different cultures. She is fluent in French and loves sushi.

But she is also a member of a strange breed of people called novelists. When they’re listening to a sermon and taking notes, chances are, they’ve just had a great idea for a plot or a dialogue. If they nod in response to a really profound statement, they’re probably thinking, “Yes. Right. That’s exactly what my character needs to hear.” When they edit their manuscripts, they laugh at the funny parts. And cry at the sad parts. Sometimes they even talk to their characters.

Siri wrote 4 books and accumulated 153 rejections before signing with a publisher. In the process, she saw the bottoms of more pints of Ben & Jerry’s than she cares to admit. At various times she has vowed never to write another word again. Ever. She has gone on writing strikes and even stooped to threatening her manuscripts with the shredder.

A Constant Heart is her sixth novel. Two of her novels, Chateau of Echoes and The Cubicle Next Door were Christy Award finalists. She has been called one of the clearest, most original voices in the CBA.

In a world of wealth, power, and privilege...love is the only forbidden luxury.

“Trust was a valuable commodity at court. Traded by everyone, but possessed by no one. Its rarity was surpassed only by love. Love implied commitment and how could any of us commit ourselves to any but the Queen? Love implied singularity and how could any of us benefit another if our affections were bound to one in exclusivity? Love was never looked for and rarely found. When it was, it always ended badly.”

In Queen Elizabeth’s court where men and women willingly trade virtue for power, is it possible for Marget to obtain her heart’s desire or is the promise of love only an illusion?

Born with the face of an angel, Marget Barnardsen is blessed. Her father is a knight, and now she is to be married to the Earl of Lytham. Her destiny is guaranteed ... at least, it would seem so. But when her introduction to court goes awry and Queen Elizabeth despises her, Marget fears she's lost her husband forever. Desperate to win him back, she'll do whatever it takes to discover how she failed and capture again the love of a man bound to the queen.

If you would like to read the first chapter of A Constant Heart, go HERE

Sorry everyone I am still reading! :)

Still reading! Well, I guess we'll just have to wait, then. :)