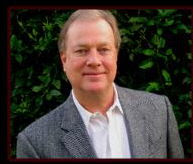 JAMES SCOTT BELL is a former trial lawyer who now writes full time. He has also been the fiction columnist for Writers Digest magazine and adjunct professor of writing at Pepperdine University.

The national bestselling author of several novels of suspense, he grew up and still lives in Los Angeles. His first Buchanan thriller, TRY DYING, was released to high critical praise, while his book on writing, Plot and Structure is one of the most popular writing books available today. 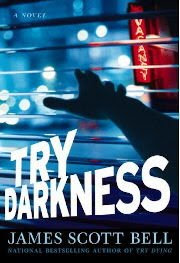 Ty Buchanan is living on the peaceful grounds of St. Monica’s, far away from the glamorous life he led as a rising trial lawyer for a big L.A. firm. Recovering from the death of his fiancée and a false accusation of murder, Buchanan has found his previous ambitions unrewarding. Now he prefers offering legal services to the poor and the underrepresented from his “office” at local coffee bar The Freudian Sip. With his new friends, the philosophizing Father Bob and basketball-playing Sister Mary Veritas, Buchanan has found a new family of sorts.
One of his first clients is a mysterious woman who arrives with her six-year-old daughter. They are being illegally evicted from a downtown transient hotel, an interest that Ty soon discovers is represented by his old law firm and his former best friend, Al Bradshaw. Buchanan won’t back down. He’s going to fight for the woman’s rights.
But then she ends up dead, and the case moves from the courtroom to the streets. Determined to find the killer and protect the little girl, who has no last name and no other family, Buchanan finds he must depend on skills he never needed in the employ of a civil law firm.
The trail leads Buchanan through the sordid underbelly of the city and to the mansions and yachts of the rich and famous. No one is anxious to talk.
But somebody wants Buchanan to shut up. For good.
Now he must use every legal and physical edge he knows to keep himself and the girl alive.
Once again evoking the neo-noir setting of contemporary Los Angeles, Bell delivers another thriller where darkness falls and the suspense never rests.

“Bell has created in Buchanan an appealing and series-worthy protagonist, and the tale equally balances action and drama, motion and emotion. Readers who pride themselves on figuring out the answers before an author reveals them are in for a surprise, too: Bell is very good at keeping secrets. Fans of thrillers with lawyers as their central characters—Lescroart and Margolin, especially—will welcome this new addition to their must-read lists.”
—Booklist

“James Scott Bell has written himself into a niche that traditionally has been reserved for the likes of Raymond Chandler.”
—Los Angeles Times

“A master of suspense.”
—Library Journal

“One of the best writers out there, bar none.”
—In the Library Review

My Review: I loved this book. This series keeps getting better and better. And a cliffhanger of a last sentence. I can't wait to read book three (which is coming mid 2009). This is a great legal thriller/suspense all around neat unusual book/series. The author has inspiration partly from the film noir of 1940s and crime fiction of the 1940s and 50s. Plus these books have awesome cover art to go with the great characters. Kim has a great interview with James Scott Bell at her blog www.berlysue.blogspot.com

I love this whole series and I highly recommend them. Here is the link to my review of the first book Try Dying. http://abookloverforever.blogspot.com/2007/11/try-dying-by-james-scott-bell.html

Seriously, I was pulling my hair out at the last line. Talk about a hook.