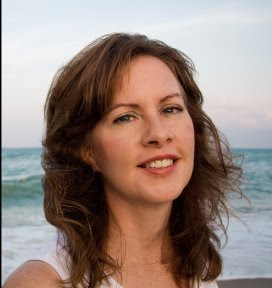 After graduation, she hired on at Harris Publishing as a software trainer, destermined to see the world. But, she's traveled to Ireland, Spain, Venezuela, Mexico, Australia, Canada and the U.S. from California to Maine.

Rachel met Tony, her husband, in '87, at church, of all places. They married in '92.
They don't have any children of their own, just lots of kids-in-the-Lord and they love them all. However, they do have two very spoiled dogs, and a very demanding cat.

With a little help from my friends, my first book was published in ' 04, Lambert's Pride, a romance novel. My current release is Sweet Caroline from Thomas Nelson. Romantic Times Book Club gave both books their highest rank of 4.5 stars, with Love Starts With Elle being honored as Top Pick! 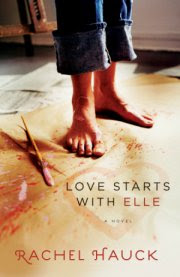 Elle's living the dream-but is it her dream or his?

Elle loves life in Beaufort, South Carolina-lazy summer days on the sand bar, coastal bonfires, and dinners with friends sharing a lifetime of memories. And she's found her niche as the owner of a successful art gallery too. Life is good.

Then the dynamic pastor of her small town church sweeps her off her feet. She's never known a man like Jeremiah-one who breathes in confidence and exhales all doubt. When he proposes in the setting sunlight, Elle hands him her heart on a silver platter.

But Jeremiah's just accepted a large pastorate in a different state. If she's serious about their relationship, Elle will take "the call," too, leaving behind the people and place she loves so dearly. Elle's friendship with her new tenant, widower Heath McCord, and his young daughter make things even more complicated.

Is love transferrable across the miles? And can you take it with you when you go?

If you would like to read the first chapter, go HERE

My Review: This is a great book. I could feel the whole atmosphere of the Low Country. The characters seemed real and lovable. The first book in the series Sweet Caroline is not necessary to read before this one but I highly recommend you do so none of the good stuff is missed including background information. :) This is a great summer chick lit read.