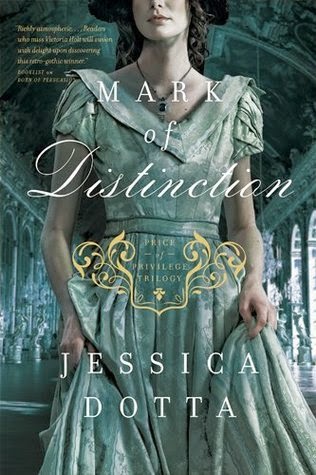 London is said to be the glittering jewel of society, a world unto itself—but to Julia Elliston it is a city of shadows. Her life is swiftly dissolving into scandal. And in Victorian society, even a whisper of scandal—substantiated or not—can be the death of a young woman’s reputation.

Now under the watchful eye of Lord Roy Pierson, one of most influential men in England, Julia begrudgingly accepts his protection. But Chance Macy’s power is far-reaching as well, and he is eager to assert his claim over her.

Thrust into society as the Emerald Heiress, Julia is the toast of London, a celebrated curiosity. But in reality she’s trapped between the clutches of two powerful men. Aided only by a gentleman whose intentions she prays she can trust, Julia must finally take control of her own fate—but outwitting one’s foe rarely goes according to plan.

Overall I thought this was a good Christian regency book. It was confusing in the beginning until I remembered what happened in the first book and put it together with what was happening in the current book. It is the second book in a series and cannot be read alone. The characters and plot are well developed. I could not turn the pages fast enough. I am so ready for the next book to come out. It has dark Victorian undertones like a Bronte book. I could feel the atmosphere created. There was not a strong Christian message and Julia seems weak at times. The book is somewhat told from Julia's point of view looking back on her life. Otherwise a good regency book if read in order.


Jessica Dotta has always been fascinated by England during the Regency and Victorian era. Her passion for British Literature fueled her desire to write in a style that blends the humor of Jane Austen and the dark drama of a Bronte sister. She lives in the Nashville area with her family and works as a freelance media consultant and publicist.