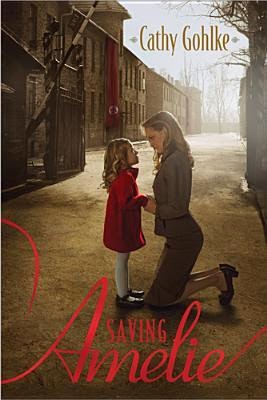 Increasingly wary of her father’s genetic research, Rachel Kramer has determined that this trip with him to Germany—in the summer of 1939—will be her last. But a cryptic letter from her estranged friend, begging Rachel for help, changes everything. Married to SS officer Gerhardt Schlick, Kristine sees the dark tides turning and fears her husband views their daughter, Amelie, deaf since birth, as a blight on his Aryan bloodline.

Once courted by Schlick, Rachel knows he’s as dangerous as the swastikas that hang like ebony spiders from every government building in Berlin. She fears her father’s files may hold answers about Hitler’s plans for others, like Amelie, whom the regime deems “unworthy of life.” She risks searching his classified documents only to uncover shocking secrets about her own history and a family she’s never known.

Now hunted by the SS, Rachel turns to Jason Young—a driven, disarming American journalist and unlikely ally—who connects her to the resistance and to controversial theologian Dietrich Bonhoeffer. Forced into hiding, Rachel’s every ideal is challenged as she and Jason walk a knife’s edge, risking their lives—and asking others to do the same—for those they barely know but come to love.

I thought this was an okay Christian historical fiction book. The subject matter is not an easy one to read about. I think we forget how a lot of the German people were normal and scared. Rachel and Jason are technically Americans. Rachel has dual citizenship because her father is a scientist but then she discovers she is also part of a big German experiment to create a perfect race. The main plot revolves around Rachel's friend Kristine's deaf daughter, Amelie. Keeping her safe and away from her father is Rachel and Jason's main goal. Along the way Jason becomes champions of other refugees. I liked Jason but Rachel was a little harder to like. She is a spoiled entitled American girl who thinks the world revolves around her. We spend a good portion of the book wondering about her. The book felt too long and drawn out. Some parts felt disjointed. The ending was good but left some loose plot ends. Overall a good book with more potential. If you are drawn to books set in this part of history recommended.

Cathy has worked as a school librarian, drama director, and director of children's and education ministries. When not traipsing the hills and dales of historic sites, she, her husband, and their dog, Reilly, divide their time between Northern Virginia and their home on the banks of the Laurel Run in Elkton, Maryland. Visit her website at www.cathygohlke.com
- July 27, 2014