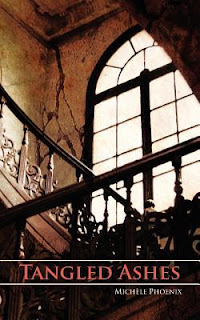 After invading Lamorlaye, France, Nazi officials don’t hesitate to take over the beautiful Meunier manor as their headquarters, hiring two young Frenchwomen, Marie and Elise, who clean and launder to help supplement their families’ meager incomes. But the girls begin to grow suspicious when medical equipment arrives, followed by an influx of pregnant women. As the Nazis’ plans for the manor become clear, the girls must decide where their loyalties truly lie.

More than fifty years later . . .
Architect Marshall Becker arrives in Lamorlaye to begin the massive renovation of a Renaissance-era castle. The project that was meant to provide an escape for Becker instead becomes a gripping glimpse into the human drama that unfolded during the Nazi occupation and seems to live on in midnight disturbances and bizarre acts of vandalism.

Becker explores the castle’s shadowy history as he seeks to cope with the demons from his own past. Only Jade, the feisty nanny of the owner’s children, is willing to stand up to him. But Becker soon discovers that every one of the château’s inhabitants seems to have something to hide and something to protect—and something worth fighting for.

I thought this was an okay book. I like the general plot lines but the execution was not as good as it could have been. It was very awkward switching from modern day to the Nazi era. I liked Becker and Jade interacting but wished for more development in the relationship. I did not like the ending at all. It is a stand alone book and I felt disappointed in the closure provided. This could have been a really good book. The plot lines were interesting. The setting and the characters were good. I don't regret reading it. It actually did hold my attention. Fans of historical fiction might like it especially since the Christian aspect is not prominent.

Born in France to an American mother and a Canadian father, Michele Phoenix is an international writer with multi-cultural sensitivities. A graduate of Wheaton College, she taught writing, music, and theater at the boarding school for missionaries' children she attended in Germany as a teenager. She currently works for Global Outreach Mission as an advocate for Third Culture Kids, helping them transition back into North American culture and educating stateside churches and missions about the special needs of this people group. Michele lives in Wheaton, Illinois. Visit www.michelephoenix.com for more information.
- June 15, 2013