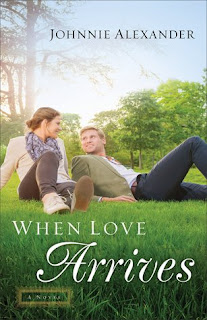 Dani had planned to spy on Brett--so how did she end up on a date with him?

Dani Prescott can't believe the lie Brett Somers is trying to sell to the media. During an interview about the plane crash that killed his parents, he blamed Dani's mother. But the crash killed her as well. Vowing to restore her mother's reputation, Dani has been following Brett and taking photos, hoping to find something she can use to discredit him. But when she catches his eye instead, she quickly finds herself agreeing to a date. Brett knows this mystery girl is hiding something--but he's got his own secrets to keep. What will happen when he discovers who she really is?

This is book two in the Misty Willow series. Most of the characters repeat. I would read them in order to get the full background. It is a contemporary Christian romance book. The main focus of this book is Dani and Brett. I did not enjoy reading this book as much as the first. It felt a little off from the beginning when they meet. I never connected with Dani. Brett was the bad guy from the last book. Dani had a big secret she was keeping from Brett. Brett did not catch on as quick as I expected. The author did a good job in the first book so it was hard to redeem him. There were slow parts in the plot but overall an okay book. The ending was satisfying. I am interested to read his sister's story next.

Johnnie Alexander is the award-winning author of Where Treasure Hides and Where She Belongs. Johnnie is an accomplished essayist and poet whose work has appeared in the Guideposts anthology A Cup of Christmas Cheer. In addition to writing, she enjoys reading, spending time with her grandchildren, and taking road trips. She lives near Memphis, Tennessee.