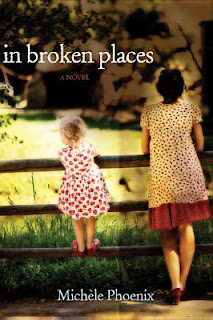 Shelby’s life isn’t glamorous, but it is predictable—and that’s the way she likes it. A survivor of her father’s violence, she has spent a lifetime creating a safe existence devoid of dependence. But her carefully managed world begins to break when, under staggering circumstances, she becomes a single mother to four-year-old Shayla. In a drastic attempt to escape her childhood’s influence, Shelby moves to Germany, but she quickly discovers how intimately linked memory and healing are—and how honestly she must scrutinize her past in order to aspire to a richer future. As she juggles a new job, a new culture, a new daughter, and the attention of an enterprising man, Shelby’s fresh start becomes a quest for the courage to be not only a survivor, but someone who prevails.

This was a well written heart wrenching book. The book goes back and forth between present day and her childhood. Her older brother Trey and her grew up in an abusive household. Her father was the abuser and her mother let it go on. Trey and Shelby have scars from this. Trey has come out on top but Shelby is still fighting demons. They have not seen their father since they were teens. Out of the blue he dies and leaves Shelby with everything including his four year old daughter Shayla. Shayla seems to be innocent and non abused. She loved her Daddy. Shelby does not want to take her at first but the child would grow up in foster care so she took her. To get a fresh start Shelby moves them to Germany where she works at a school for missionary kids teaching English and Drama. There were several supporting characters that were interesting and well developed. Scott who pursues Shelby even though she does not feel like she will ever be able to love a man. Gus and Bev adopt Shelby and Shayla when they are there. Overall the book was well written and touching. I loved the development of the characters and ached for the abuse they had to go through. Highly Recommended.
- June 23, 2013