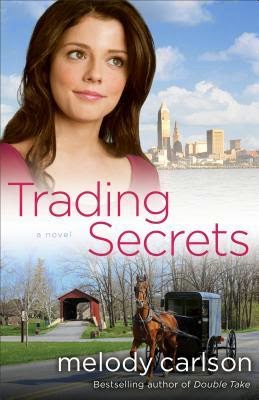 The truth may set you free--but it might also land you in some uncomfortably hot water.

Over the years, Micah Knight has exchanged many letters--and many secrets--with her longtime Amish pen pal, Zach. But Micah's kept quiet on the biggest secret of all--the fact that despite her name, she's a girl.

Now Micah finally has the chance to meet her pen pal face-to-face. She wants nothing more than to experience life on Zach's Amish farm, but she's more than a little anxious. Will he be angry at her for deceiving him all these years? And will she risk losing his friendship to find something more?

I thought this was a light book with an interesting concept. It is an young adult book with an Amish twist. Micah is English and her pen pal Zach is Amish. They have exchanged letters for years. She never came out and told him she was a girl. Now they are teenagers and Zach invites her to come to the farm. He did not know she deceived him until she got there. He did not react in a good way. Things did not get any better either for a while. I thought his actions went on for too long and were unbelievable. His Amish family also did not behave like the ones I am used too in this kind of book.One of his sisters helped her when she could. In the whole book his parents never warmed up to her.  Micah was the best developed character in the book. I was a little surprised at the ending but happy. Recommended for fans of the genre.


Melody Carlson is the award-winning author of more than two hundred books, including the Dating Games series, the Life at Kingston High series, Double Take, A Simple Song, and My Amish Boyfriend. She has received a Romantic Times Career Achievement Award for her many books, including the Diary of a Teenage Girl series and Finding Alice. Melody and her husband live in Oregon. Learn more at www.melodycarlson.com

Review copy provided by publisher in exchange for an honest review.
- November 26, 2014