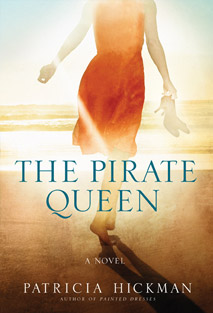 Treasure is found in the most unlikely places.
The envy of all her friends, wife and mother Saphora Warren is the model of southern gentility and accomplishment. She lives in a beautiful Lake Norman home, and has raised three capable adult children. Her husband is a successful plastic surgeon--and a philanderer. It is for that reason that, after hosting a garden party for Southern Living magazine, Saphora packs her bags to escape the trappings of the picturesque-but-vacant life.

Saphora’s departure is interrupted by her husband Bender’s early arrival home, and his words that change her life forever: I’m dying.

Against her desires, Saphora agrees to take care of Bender as he fights his illness. They relocate, at his insistence, to their coastal home in Oriental—the same house she had chosen for her private getaway. When her idyllic retreat is overrun by her grown children, grandchildren, townspeople, relatives, and a precocious neighbor child, Saphora’s escape to paradise is anything but the life she had imagined. As she gropes for evidence of God's presence amid the turmoil, can she discover that the richest treasures come in surprising packages?

My Review:
This was definitely a Southern book. It is mostly character based and slow moving but that did not really bother me because I knew what type of book it was before I started reading it. The main character is Saphora and we see most of the book through her eyes. I loved the feel the author's words gave to the book. The descriptions and language were beautiful. There were also quotations at the beginning of every chapter and I liked them. Several of them came from the famous book Gift From the Sea by Anne Morrow Lindbergh. Saphora is very reflective through most of the book but there were other characters like her children that are present at different times. I liked the subplots that developed too. The plot lines were not entirely what I was expecting them to be which is good because I was hesitant to start the book because I was not sure I would like it.  The ending took me by surprise as it was not what I was expecting but it was satisfying. I look forward to reading more books by this author. Recommended. :)


About the author:
Patricia Hickman, M.F.A., is an award-winning author of fiction and non-fiction whose work has been praised by critics and readers alike.  Patricia first studied creative writing at the University of Arkansas at Little Rock and then went on to do graduate studies in creative writing at Queens University. She writes for major publishers and is currently at work on her eighteenth book, a novel set in the North Carolina Piedmont. Her next novel,The Pirate Queen, will release Summer 2010, a story that takes readers journeying from suburban Lake Norman to the sailing villages of the Outer Banks.  She has served as a writing professor at UNCC and taught in writing workshops across the country offering her popular “Creating Characters–Giving Story People Life” workshops and courses on fiction. She, along with her hubby, founded a non-profit charity that benefits moms and children with HIV called The Secret Angels Project.  Her fiction is known for its depth of understanding of the human condition underscored by redemptive themes.

The cover and title of this one appeal to me, but it sounds like it's really not my kind of book at all. Thanks for the review!