Back to Life by Kristen Billerbeck

This week, the
Christian Fiction Blog Alliance
is introducing
Back To Life
Avon Inspire (September 16, 2008)
by
Kristin Billerbeck 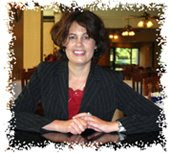 Kristin Billerbeck was born in Redwood City, California. She went to San Jose State University and gained a bachelor's degree in Advertising, then worked at the Fairmont Hotel in PR, a small ad agency as an account exec, and then, she was thrust into the exciting world of shopping mall marketing.

She got married, had four kids, and started writing romance novels until she found her passion: Chick Lit. She is a CBA bestselling author and two-time winner of the ACFW Book of the Year for What A Girl Wants in 2004, and again in 2006 for With this Ring. Featured in the New York Times, USA Today, World Magazine, The Atlanta Journal Constitution, Kristin has appeared on the Today Show. She is credited with jump-starting the inspirational chick-lit phenomenon. Most recently she has been names as a finalist for the Christy Award in the Lits category for The Trophy Wives Club.

Her other recent books include: She's All That.

Lindsey realized when she married Ron, a man 17 years her senior, that the odds were he’d see heaven before her, but she never expected to be a widow at 35. There’s too much of life left for her to just sit around in mourning. But she can’t seem to kick start the rest of her life.

That is until she gets some help from Ron’s first wife, Jane, who shows up unexpectedly at her door one day as the executor of her husband’s estate. Jane is everything Lindsey’s not… independent, stubborn… and a lot older. Plus she has one surprise after another… including a son named Ron Jr. (she insists he’s not “really” Ron’s son). But an unlikely friendship develops as each woman begins to reevaluate what is really important, and owns up to the mistakes they’ve made in the past.

Told in the alternating voices of Jane and Lindsey, and with the return of many of the witty characters of The Trophy Wives Club, this book is a lighthearted, relatable read for when life goes in a direction you never planned. With faith and friends, there’s always light at the end of the tunnel.

Email ThisBlogThis!Share to TwitterShare to FacebookShare to Pinterest
Labels: Back to Life, CFBA, Kristen Billerbeck