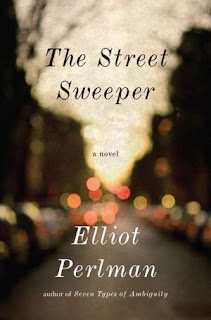 How breathtakingly close we are to lives that at first seem so far away.

From the civil rights struggle in the United States to the Nazi crimes against humanity in Europe, there are more stories than people passing one another every day on the bustling streets of every crowded city. Only some stories survive to become history.

Recently released from prison, Lamont Williams, an African American probationary janitor in a Manhattan hospital and father of a little girl he can’t locate, strikes up an unlikely friendship with an elderly patient, a Holocaust survivor who was a prisoner in Auschwitz-Birkenau.

A few blocks uptown, historian Adam Zignelik, an untenured Columbia professor, finds both his career and his long-term romantic relationship falling apart. Emerging from the depths of his own personal history, Adam sees, in a promising research topic suggested by an American World War II veteran, the beginnings of something that might just save him professionally, and perhaps even personally.

As these men try to survive in early-twenty-first-century New York, history comes to life in ways neither of them could have foreseen. Two very different paths—Lamont’s and Adam’s—lead to one greater story as The Street Sweeper, in dealing with memory, love, guilt, heroism, the extremes of racism and unexpected kindness, spans the twentieth century to the present, and spans the globe from New York to Chicago to Auschwitz.

Epic in scope, this is a remarkable feat of storytelling.

I have mixed feelings about the book partly because of the length. It could have been cut down at least a hundred pages or more without losing the meaning. There was A LOT of repetition in the whole book. Every time the scene changed between the many different narrators the author repeated part of the last scene that character was in. Also it took awhile for the book to get started and for me to get involved in the character's plot and life. Once I did though I was hooked. I am not a history buff so I struggled through some of the more descriptive parts. The main theme of the book is "Tell them what happened here." It goes for the civil rights movement and the Holocaust. Both areas are covered. I liked how in the end all of the separate plots come together and we see how they are connected. It was an aha moment. The writing was good and I do not regret reading the book. I still remember scenes from it and it touched me. Recommended to fans of contemporary fiction with a historical aspect.


Review copy provided by publisher in exchange for an honest review.
- April 04, 2013

Email ThisBlogThis!Share to TwitterShare to FacebookShare to Pinterest
Labels: The Street Sweeper by Elliot Perlman

Don't you hate when a really good story becomes a chore because it becomes repetitive and too long? That's the worst. A good editor can make a huge difference.