Grace Given by Beth Shriver

This week, the
Christian Fiction Blog Alliance
is introducing
Grace Given
Realms (January 8, 2013)
by
Beth Shriver 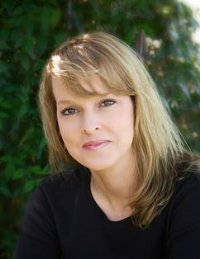 Childhood memories of her grandfather's ranch came alive as Beth wrote her first Amish story. Her parents grew up in the country, so she appreciates pastoral life and respects those who make a living off the land. She visits a nearby Amish community just south of Fort-Worth for an occasional church service or brunch with the bishop and his wife. And on the way home she stops at the community store to get some plum jam!

Beth received a degree in social work and psychology from the University of Nebraska. She worked as a caseworker for Boulder County Department of Social Services before starting a family. Beth and her husband, two children, along with two cats and a beagle live in Texas after moving from their first home in Colorado. She freelances for the local papers in her area and writes columns, devotionals for magazines, and novels in a variety of genres in both fiction and nonfiction. Beth is represented by Tamela Hancock Murray of the Steve Laube Literary Agency.

“Never doubt in the darkness what God has shown you in the light.” —Amish Proverb

Elsie Kline can’t forgive her sister for leaving the community. Gideon Lapp helps Elsie through her bitterness by studying the Martyr’s Mirror book that is centuries old, describing their ancestors’ sacrifice for their faith. But he feels there is something more. When the community moved to Texas, they were not welcomed by some of the locals. They have told Katie and Elsie that harm will come to their community if don’t go back up north where they came from. Gideon stays by Elsie’s side as she learns to give grace and to humble herself to accept grace as well. “Beth has a heart for helping others, whether through her nonfiction and fiction writing or in other capacities. It has been my pleasure to read and respond to her work during the past few years of knowing her.” —Leanna Ellis, Author of Facelift and Forsaken and winner of the National Readers Choice Award.

If you would like to read the first chapter of Grace Given, go HERE.