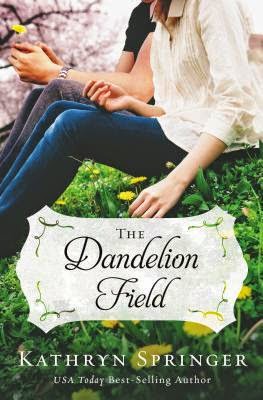 This handsome firefighter makes a living coming to the rescue, but Gin doesn't need a man to fight her battles.
After Raine’s dad walked out, Ginevieve Lightly  never lived in one place too long, a rambling lifestyle that defined her daughter’s youth. When their car dies in Banister Falls, Wisconsin, Gin promises Raine they can stay until she finishes her senior year of high school. Gin will do anything to make sure her daughter has a bright future . . . a future that’s compromised when Raine reveals she’s pregnant.
Dan Moretti has only ever called Banister Falls home. After losing his best friend in a tragic accident, Dan devoted himself to responding to fires, rescuing the helpless, and guiding Cody Bennett, his best friend's son, through life. With Cody being the epitome of the good kid, it was an easy job. Until he says four little words: “The baby is mine.”
Knowing gossip of Raine's pregnancy will erupt sooner or later in the small town, Gin's reflex is to grab the suitcase and escape to a new city, a new life. But with each passing day, Gin's feet stay rooted in Banister Falls, and she falls a little more for this local firefighter who shows her not all men abandon women at the first sign of smoke.
As Gin and Dan do the best they can to guide the two teenagers through their early entry into adulthood, they discover together that romance can bloom in the rockiest of situations. And God can turn the pieces of a broken past into a beautiful new beginning.

I read this book in one sitting Saturday afternoon. It was engrossing. I started reading and could not stop. The characters and plot were well developed and interesting. My only thing is the ending was not as satisfying as I expected considering how the book developed. I loved the characters I was supposed to and disliked the others. The main focus of the book is really more Gin and Dan than Raine. I felt the pregnancy was more like a subplot to Gin figuring out life which I did not mine. I liked the flashbacks to how Cody and Raine's relationship developed too. They were both good teens who made a mistake and were redeemed. The writing was lyrical and a good example of a contemporary Christian fiction book. Recommended to fans of the genre.

KATHRYN SPRINGER
is a full-time writer and the award-winning author of Front Porch Princess. She won the ACFW 2009 Book of the Year award for Family Treasures. Her most recent book,The Soldier's Newfound Family, hit the New York Times best-seller list in November 2012.
Kathryn grew up in northern Wisconsin, where her parents published a weekly newspaper. As a child she spent many hours sitting at her mother's typewriter, plunking out stories, and credits her parents for instilling in her a love of books-which eventually turned into a desire to tell stories of her own. Kathryn has written 19 books with close to two million copies sold. She lives with her husband and three children in Marinette, Wisconsin.

Review copy provided by Litfuse Publicity in exchange for an honest review.
- February 09, 2015