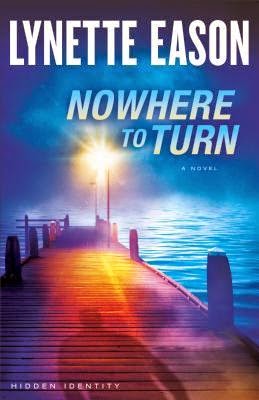 The day Danielle Harding takes her 11-year-old son, Simon, and flees from her abusive husband, is the same day Kurt Harding dies. A relieved Dani believes she and her son are finally safe--but in reality, the danger has just begun. When Kurt was alive, he took something important to a mysterious person. That person wants the item back and believes Dani now has it. As she and her son run for their lives, they have nowhere to turn, until she hires Adam Buchanan of Operation Refuge and goes into hiding. Unfortunately, she won't be able to hide for long . . .

From the first breathless scene, this tension-laced story will hold readers in its iron grip. Bestselling author Lynette Eason propels readers along at a breakneck pace in a race to discover the truth and a better future.

This is book two in the Hidden Identity series. It can stand alone although Summer and her husband make an appearance from book one. I did not like this one as much. It started off good but got repetitive on the action toward the middle. They kept going to a safe house and then being found many times. And I never bonded with the main characters, Danielle and Adam. I did like Simon, Dani's son who is deaf because of his father's abuse. The relationship between Danielle and Adam was not super sparky. There was a twist in the plot I did not see coming that surprised me. The other part of the mystery was easy to solve. So overall a decent Christian romantic suspense book. Not my favorite Lynette Eason but I am still looking forward to the next book in the series.


Lynette Eason is the bestselling author of the Women of Justice series and the Deadly Reunions series, as well as No One to Trust. She is a member of American Christian Fiction Writers and Romance Writers of America. She has a master's degree in education from Converse College and she lives in South Carolina. Learn more at www.lynetteeason.com

Review copy provided by publisher in exchange for an honest review.
- September 09, 2014