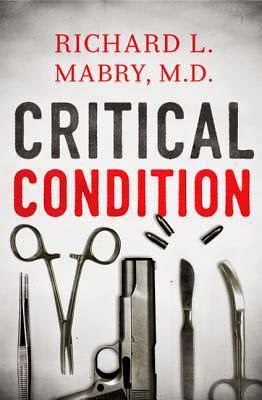 IT WAS SUPPOSED TO BE A QUIET DINNER PARTY WITH HER COLLEAGUES—
NOT THE SCENE OF A MURDER.
But the murder of a stranger on her front lawn is only the first in a string of events that have Dr. Shannon Frasier’s life teetering on the edge of chaos. She’s unable to make the deeper commitment her boyfriend deserves. Her sister shows up at her home needing a place to stay but with no promise she’ll remain sober. And her father is diagnosed with cancer.

Then Shannon’s life stops teetering and plunges into the abyss. Because the person behind the guttural voice on the phone wants to know what the stranger said before he died. And he won’t stop until Shannon gives him the information he wants—even if she doesn’t have it.

He’s coming for her. She’s not sure the police on the case can be trusted. And her only hope of escape—for herself and for those she loves—is to overcome her buried past.

I thought this was an okay Christian medical drama fiction book. The characters and plot were interesting and kept my attention. Dr. Shannon Frasier lost her soon to be fiance when she was still in medical school when he was shot in front of her. Years later as an established doctor a man is shot on her front lawn. The two cases are not criminally connected but still affect her psychologically. Her sister calls out of the blue and says she needs a place to stay and turns out she has a past drug alcohol issues. There are several sides to the main plot. On top of the murder and family issues she has to deal with a detective that might like her more than usual. She has a serious boyfriend who wants to be more and is a fellow doctor. I thought this detracted from the story instead of adding to it. It felt like it was just too much for one book. So overall I enjoyed reading it and I like this author's works. Recommended to fans of this genre.

A retired physician, Dr. Richard Mabry is the author of four critically acclaimed novels of medical suspense. His previous works have been finalists for the Carol Award and Romantic Times Reader’s Choice Award, and have won the Selah Award. He is a past Vice-President of American Christian Fiction Writers and a member of the International Thriller Writers. He and his wife live in North Texas.

Review copy provided by Litfuse Publicity in exchange for an honest review.
- May 10, 2014