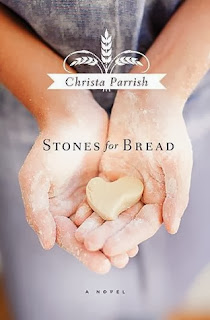 A solitary artisan. A legacy of bread-baking. And one secret that could collapse her entire identity.

Liesl McNamara’s life can be described in one word: bread. From her earliest memory, her mother and grandmother passed down the mystery of baking and the importance of this deceptively simple food. And now, as the owner of Wild Rise bake house, Liesl spends every day up to her elbows in dough, nourishing and perfecting her craft.

But the simple life she has cultivated is becoming quite complicated. Her head baker brings his troubled grandson into the bakeshop as an apprentice. Her waitress submits Liesl’s recipes to a popular cable cooking show. And the man who delivers her flour—a single father with strange culinary habits—seems determined to win Liesl’s affection.

When Wild Rise is featured on television, her quiet existence appears a thing of the past. And then a phone call from a woman claiming to be her half-sister forces Liesl to confront long-hidden secrets in her family’s past. With her precious heritage crumbling around her, the baker must make a choice: allow herself to be buried in detachment and remorse, or take a leap of faith into a new life.

Filled with both spiritual and literal nourishment, Stones for Bread provides a feast for the senses from award-winning author Christa Parrish.

I thought this was an interesting book. The characters and plot were well written and unique. My attention was held from the beginning. The writing style takes a little getting used to. It may seem choppy at first. This is a Christian contemporary fiction book. The writing has a lyric literary feel to it. I loved the characters. Liesl McNamara runs the bakery Wild Rise. She learned from her mother and grandmother. There were several detailed bread recipes in the book for the readers. The book alternates between her childhood and present day. There were other great characters too. A single father with a cute little girl starts getting closer to Liesl and others at the bakery. The end was satisfying. Highly Recommended.

Christa Parrish is the award-winning author of three novels, including the 2009 ECPA Fiction Book of the Year Watch Over Me. When she's not writing, she's a homeschool mother of three wonderful children. Married to author and pastor Chris Coppernoll, Christa serves with him as co-leader of their church's youth ministry as well as serving as a facilitator for a divorce recovery ministry. She is now also slightly obsessed with the art of baking bread.

Review copy provided by Litfuse Publicity in exchange for an honest review.
- November 26, 2013

It is an interesting book to read. The book cover is somehow has resemblance with Twilight's book cover, but it looks nice anyway.