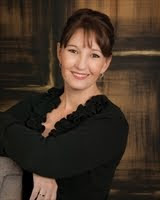 A murder is solved and a quiet Amish community must deal with the repercussions. Amid the surprising revelations, can a newfound love survive?

As the search for Perry Borntrager's killer continues, Jacob Schrock feels like his world is about to crumble. Right before Perry went missing, he and Jacob got into a fistfight. Jacob never told anyone what happened that terrible night. He's good at keeping secrets—including his love for Deborah, Perry's sister. But when Deborah takes a job at his family's store and their friendship blossoms, Jacob senses everything is about to be revealed.

Deborah has been searching for a slice of happiness ever since her brother's body was discovered. When the police start questioning Jacob, Deborah can't believe that the one person she's finally allowed in could be the one responsible for her brother's death. Will she believe what everyone seems to think is the truth . . . or listen to her heart, and hope there is still one more person who is keeping secrets in Crittenden County?

If you would like to read the first chapter excerpt of Found, go HERE.

My Review:
I loved this book. It is the third in The Secrets of Crittenden County series. I recommend reading them in order as this book wraps up the whole mystery aspect and all the characters are the same. I had no idea till the end of the book who the killer was of Perry. The characters and plot are well developed and interesting. It held my attention from the beginning and I could not wait to see how it ended. I highly recommend the whole series. :)
- September 17, 2012